A coalition of 40 of Scotland's leading environmental organizations has warned the UK government that their post-Brexit post-Brexit UK internal market could seriously undermine valuable wildlife, landscape and food standards in Scotland by lowering standards.

The plan that the UK government unveiled last month appears to be aimed at both overturning regulation and forcing all four nations of the UK to adopt the same standards regardless of the environmental context or the needs of each nation, members of Scottish say Environment LINK (SEL).

SEL believes that UK Single Market rules, which will apply if Britain leaves the EU Single Market, could create a "race to the bottom" that would force Scotland to repeal or water down environmental laws to a lowering of the internal market to reflect standards in the rest of the UK.

Internationally valued and iconic wildlife such as otters, bottlenose dolphins, puffins, bats, squirrels, golden eagles and ospreys could be at risk, as could Scotland's drinking water, beaches and food standards.

Currently, 80 percent of Scottish environmental protection comes from EU membership, but the UK will no longer be bound by EU law after December 31, 2020, when the Brexit transition period ends.

Economy Minister Alok Sharma published a white paper last month in which measures previously managed by the EU will return to the UK at the end of the year after the Brexit transition period expires.

The 160 policy areas, including animal welfare, public procurement regulations and environmental regulations, will now go to one or more of the decentralized administrations.

Westminster believes that a single internal market is needed to avoid internal barriers to trade and to facilitate trade talks with other nations.

The single market rules that Westminster will legislate on in September would mean that goods and standards that are allowed in one part of the UK would be accepted and applied in all four countries. 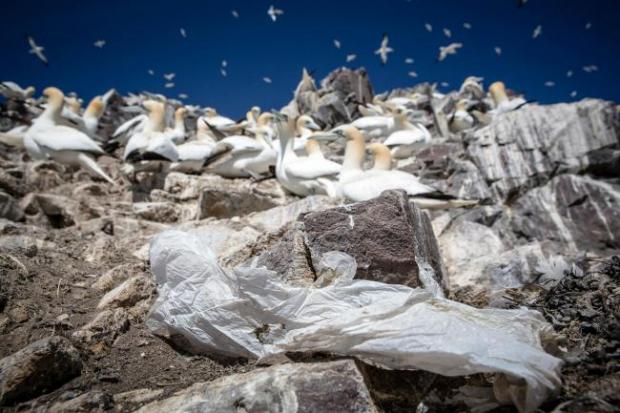 However, with the confirmation that there will be independent arbitration to settle disputes, there were fears that the UK government would set food standards that decentralized nations would have to accept or face.

SEL launched a campaign called "Fight for Scotland & # 39; s Nature" last year to ensure that protecting the Scottish environment after Brexit is not weakened.

The Scottish government has since committed to maintaining or exceeding current EU environmental standards, and in June released an EU Continuity Law setting out how it intends to replace EU protection.

While the SEL welcomed parts of the European Union Law (Continuity) (Scotland) to bring environmental protection into Scottish law, it said that some important parts were still missing.

The umbrella organization, which includes members such as the National Trust for Scotland, WWF Scotland, the Marine Conservation Society, Friends of the Earth Scotland and the British Ecological Society, said there was a lack of provisions to give citizens the right to Raise complaints about their local environment in order to see them fully investigated and enforced.

SEL urges the Scottish Parliament to strengthen the law to give Scotland's new environmental observer greater powers and independence and to legislate the obligation to meet or exceed standards so that Scottish Ministers have to keep pace with developments in EU environmental law .

Charles Dundas, chairman of Scottish Environment LINK, said today: “Scotland's world renowned natural environment is central to our whole lives and we must not allow UK domestic market arrangements to compromise it by pulling standards down. At the same time, the Scottish Government's commitment to maintain or exceed current EU standards should be enshrined in law and is something we have been pushing for.

"High environmental standards are essential to achieve an environmentally friendly recovery from the coronavirus pandemic and tackle the common crises of alarming loss of nature and the collapse of the climate, the greatest challenges of our time."

SEL's concerns included a method of replacing the European Commission's LIFE-Nature fund, which has given Scotland £ 25 million over 25 years to help protect endangered wildlife on more than 25 key conservation projects and landscapes of the country to help.

They previously warned the losers would include an offer to prevent Scottish red squirrels from becoming extinct, as well as measures to protect the chicken carrier, porpoise and corncrake, one of Scotland's rarest birds.

LIFE has also helped to preserve some of Scotland's cherished landscapes due to its European importance.

Support received was the restoration of the bogs of Flow Country in Caithness, one of the last great wilderness areas in Great Britain, and the preservation of the original Celtic rainforest, the native Caledonian pine forests and the Scottish coastal meadows called Machair.

A UK government spokesman said: "We will never sign a trade agreement that threatens our high standards of environmental protection, animal welfare and food safety. The UK is a world leader in these areas and that will not change. "