Brexit Facts4EU.Org shows how prices differ up to three times in EU countries 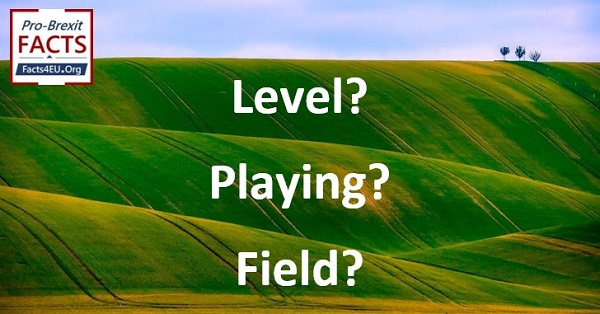 We show and show the hypocrisy of EU demands in UK trade talks
Where can you shop and where can't you find bargains?

In this summary report, Brexit Facts4EU.Org shows that there are no "level playing field" and never existed. It is high time that this EU fiction is called out, and our article does just that. And as if that weren't enough, we're also giving readers some shopping tips for this summer.

Here is the reality for EU citizens in their own EU, right now

There is no "level playing field" in the EU

As always, Brexit Facts4EU.Org researched the official EU data and examined their figures in detail. Much has been written about the EU's call for a “red line” to allow Britain to handcuff the EU's “level playing field”. These are draconian constraints that no other country has agreed to or would agree to in a trade agreement with the EU.

Brexit Facts4EU.Org verified data based on the EU Commission's price surveys of more than 2,000 consumer goods and services that were carried out in 37 European countries. These countries include the EU27, the United Kingdom, three EFTA countries (Iceland, Norway and Switzerland), five candidate countries (Albania, Montenegro, Northern Macedonia, Serbia and Turkey) and a potential candidate country (Bosnia and Herzegovina). 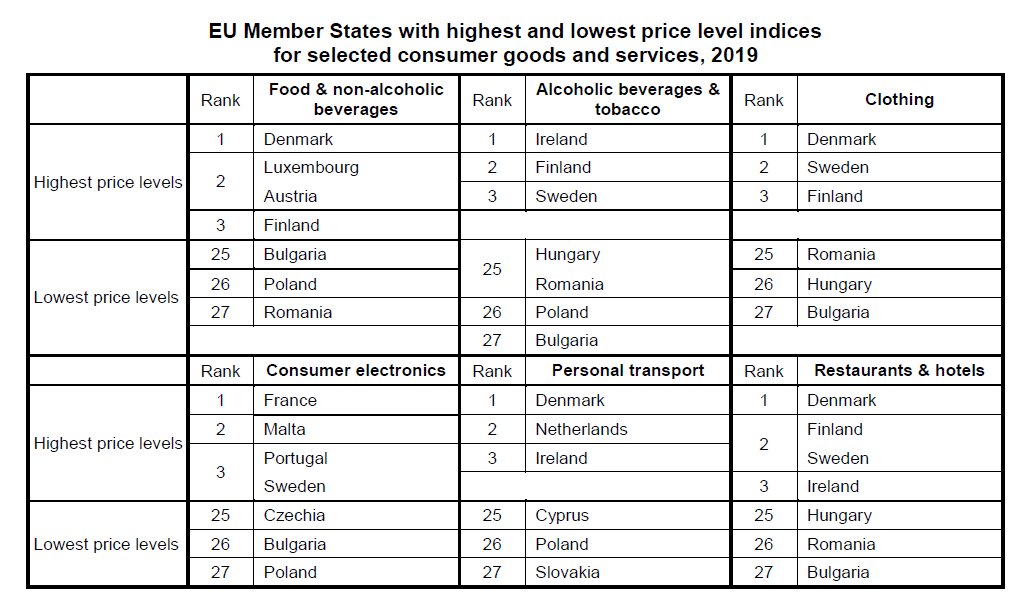 The examples we gave in our red summary above are for illustration only. The EU has examined six categories of expenditure: food and soft drinks; alcoholic beverages & tobacco; Dress; Consumer electronics; personal transportation (cars, bicycles, fuel); and restaurants, bars & hotels. The table above shows the three most expensive and least expensive countries for each general purchase. 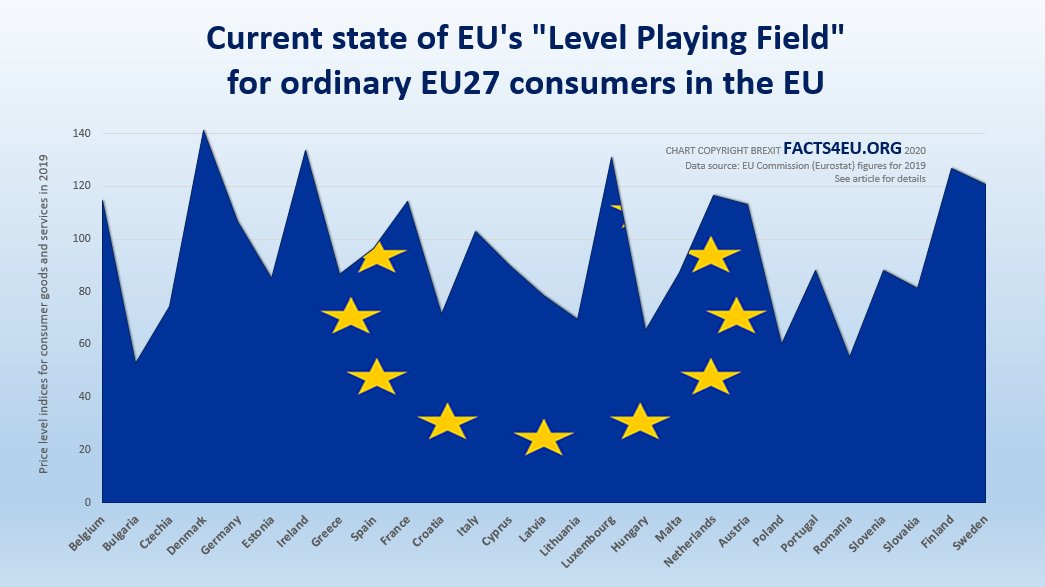 The above data are based on “purchasing power parity”. In other words, it shows the relative cost to people who actually live and earn in every country. It is based on the weighted average of the six areas of expenditure mentioned above.

The terrain would be even more uneven if we showed the actual cost of the basket with more than 2,000 consumer goods and services for the average German, for whom almost everything would be very cheap, regardless of where they bought it.

How does it all relate to Britain's trade talks with the EU?

There are three main problems with the UK-EU trade negotiations. This is the result of “red lines” coming from the EU side that make any kind of trade agreement impossible.

Michel Barnier's mandate from all 27 EU countries in the trade talks is to impose a number of restrictions on the UK to prevent it from competing on the world stage.

In particular, the EU is keen to prevent the UK from succeeding as an independent country after the British people in the capitals of Britain, the EU27 and the world have opposed the globalist, totalitarian and undemocratic "elites" voted to quit from the European Union.

We showed the truth above, red in teeth and claws. Using the EU Commission's own data, we suggest that we have effectively ridiculed the idea that there is some kind of "level playing field" in the EU. We have used information that is easy for everyone to understand. The costs that ordinary people in the EU incur in everyday life are omnipresent. They have been for decades. Ordinary people in the EU do not, and never have, created a level playing field.

We have already reported about it Average and minimum wages in the EU. These vary widely from country to country.

GDP per person? Uneven across the EU.

Environmental guidelines? Can the EU explain why Germany launched a huge new coal-fired power plant in January this year?

It is high time that the EU removed hypocrisy and humbug

Does the EU Commission want a trade agreement with Great Britain, from which the EU27 countries made a profit of GBP 111 billion last year in trade in goods? It doesn't seem. People in the EU27 might think that this would make perfect sense, but theirs leaders not elected not in Brussels.

The Brussels Eurocrats would prefer companies in the EU to fail and their employees fired than to agree on a normal trade agreement with the UK.

We explained this from the start before the outcome of the referendum and did not change our mind.

We refer to the tiny fraction of our hundreds of thousands of readers who have supported our work with donations over the past four years. May we invite new readers to join this small but elite group of worthy souls?

We don't have foreign billionaires funding us like some Remain Rejoin groups do. We rely 100% on the generosity of the large British public. We have no posh London offices and no secretaries who book us tables in expensive restaurants. We also do not hold rallies to preach to the converts.

We research and publish. We speak to politicians, the mainstream media and other influencers. We are effective. We are Brexit Facts4EU.Org and take care of your community, whether you live on the Shetland Islands or the Scillies.

You can find quick and safe donation methods below. If you care about freedom of speech and a completely free and independent United Kingdom, please help us keep us going today. Thank you very much.

(Sources: EU Commission | OECD) Politicians and journalists can contact us as usual for details.

Since before the EU referendum, we have been the world's largest researcher and publisher of Brexit facts.