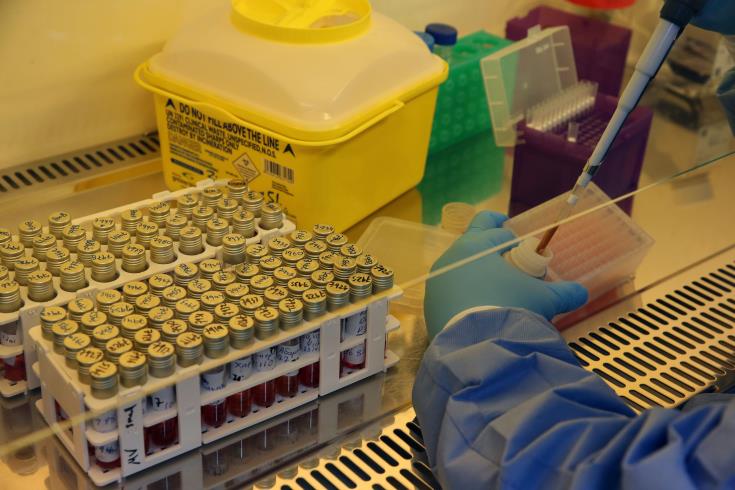 The Cypriot Ministry of Health announced ten new coronavirus cases in government-controlled areas of the republic on Monday after completing 2,619 tests, bringing the total to 1,252.

Six cases were identified after examining 1,655 samples from passengers and repatriates, one of 61 samples tested as part of the tracing of contacts of previously confirmed cases, and two after 324 tests carried out on private initiative. One of these two people had recently traveled abroad. In addition, one person tested positive from 84 samples collected by the Microbiological Labs of General Hospitals. The latter is a symptom-free woman who was tested for COVID-19 as part of the preoperative screening at Makario Hospital in Nicosia.

Four of the passengers were on the same flight that came from Poland on August 9th. They were found positive for the virus after performing random tests. They are all Polish tourists while three of them are friends. All of them have no symptoms.

The fifth passenger also came from Poland on August 9, but on a different flight and from a different city. It has no symptoms and was discovered after random testing was performed on passengers on the flight.

The sixth is from Scotland and came to Cyprus via London on August 8th. She has no symptoms and was discovered after random testing on the passengers on the flight.

Regarding the people who tested positive after tests carried out on private initiative, one of them had recently traveled to Lebanon. He came to Cyprus on August 3 and, according to him, did not stay in quarantine as he should. He had no symptoms. The second person was also tested privately and had no symptoms.

In addition, no coronavirus cases were detected in 134 people tested due to referrals by personal doctors and screening of special groups by the Public Health Clinics and 361 tests under the random screening program of 10,000 people.

According to the press release, five COVID-19 patients are being treated at Famagusta General Hospital, which acts as the COVID-19 reference hospital.