The market for new vans fell by more than half in March. Slightly more than 30,000 units were put in place as blocking measures.

Demand declined consistently as most segments saw double-digit declines, according to new figures from the Society of Motor Manufacturers and Traders (SMMT).

New registrations for light commercial vehicles (LCV) decreased by 54.3% compared to March 2019. Only 30,247 vans with the new 20 number plate connect the streets.

Demand declined in double digits in most segments, with only the 4×4 low volume sector posting an 18.4% increase.

Pickups and smaller vans weighing less than 2 tons recorded a decrease of 57.8% and 64%, respectively. Larger vans weighing more than 2.5 to 3.5 tonnes made up the majority of registrations, but declined by 56% to 17,925 units registered.

Mike Hawes, general manager of SMMT, said: “The commercial vehicle market is a barometer for the overall economy. March's drop to its lowest level in more than 20 years is clear evidence of a crisis of truly unprecedented magnitude.

“There is no doubt that demand will recover as soon as we have mastered the upcoming challenge. However, since we do not know how long this will go on, the government must continue to do everything possible to protect the sector so that it is ready to help the operators and the whole country will get back to work when the time comes is coming.

"Commercial vehicles keep supermarket and pharmacy shelves stacked and emergency services in operation – our trust in this critical sector can be felt today more than ever."

During the corona virus blockade, commercial vehicles were used to support key sectors.

From providing support services to NHS trusts, local charities and food banks, to sharing capacity to ensure that the food and pharmaceutical sector can keep up with demand, the commercial vehicle sector is determined to help the country cope with this crisis support, said the SMMT.

Sue Robinson, director of the National Franchised Dealers Association (NFDA), says that the closure of factories and dealers has created "great uncertainty" and until more is known, it will be impossible to plan a "return to normal for a number" of months ”.

"Because light commercial vehicles currently on the road have a maximum workload that delivers supplies and is operated by emergency services, it is imperative that supplies of parts for repairs be maintained while the sales sector is closed to business." , added her.

Fleet operators can access emergency repair and maintenance services for vehicles Some garages and workshops remain open while the corona virus is blocked.

Recovery services, including the AA and RAC, continue to operate, as does the parts supply for Euro Car Parts. Other motor factors are closed, making it difficult to get some parts. 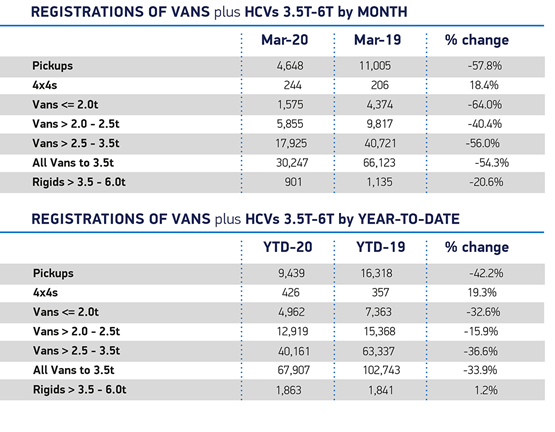 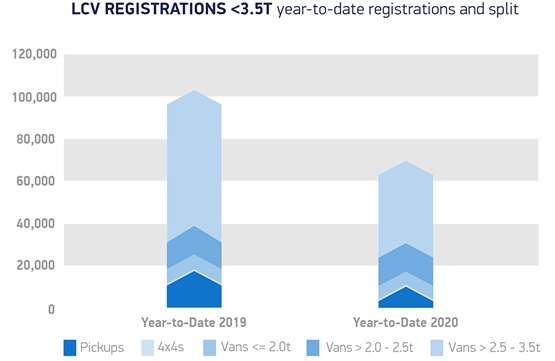 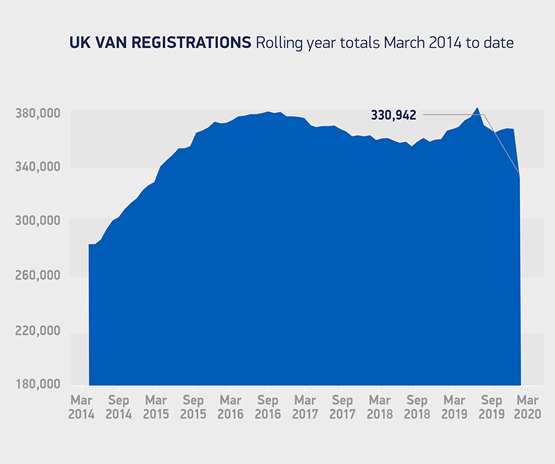