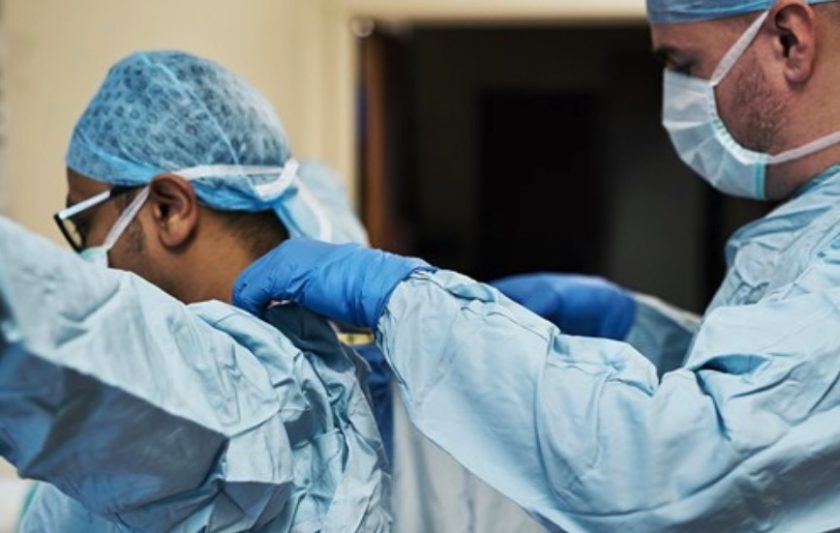 A "second wave" of Covid-19 infections is "almost certain", according to a director of the health department.

Dr. Chris Stockport made the statement at the Betsi Cadwaladr Virtual Health Committee meeting on Thursday.

Executive Director of Primary Care and Nonprofit Services answered a question asked by independent board member Helen Wilkinson about the likelihood of a second wave of coronavirus in North Wales.

Dr. Stockport said of the meeting: “A second wave is almost certain. Much of the reduction (transmission) is due to the blocking of individual activities.

“Returning to normality, which is essential for economic activity and mental health, increases the likelihood (a second wave).

"It's more likely to be local, and we may need to respond in more detail to respond."

He said the board had to plan to turn services on and off in the event of a second wave of infections to cope with localized demand peaks.

Dr. Stockport added that communication and public engagement would be "critical" if a second wave came.

Rainbow hospitals are being kept available, and the "surge capacity" in North Wales was potential 1,315 Covid beds that will focus on the "coming months and winter".

The establishment of temporary hospitals in Bangor, Llandudno and Deeside cost £ 25m and an audit is being carried out of how the money was spent.

In a pandemic update report submitted to the board, Dr. Stockport, what had been learned from the crisis and how Betsi Cadwaladr UHB was preparing for future outbreaks.

He said it was "highly unlikely" that the virus threat would be over quickly and that Covid-19 "would likely be with us for a while."

He said the board was currently involved in another 12 clinical studies for potential Covid treatments after participating in the successful dexamethasone study, which reduced the severity of the condition in approximately one third of the seriously affected patients.

He revealed that some people still tested positive after getting rid of the virus, which he said "introduced some complexities for us."

Around 1,500 tests were currently carried out daily, with the neck swab being the most reliable.

Dr. Stockport said the board is testing "more people and less diagnoses."

Antibody tests had turned out to be problematic, although the board had completed around 3,500 tests.

Dr. Stockport said there is "growing research" that does not show antibodies in some people who have recovered from the infection.

On the subject of vaccine, he said, "A vaccine may be available in October, but it is likely that it will be in smaller quantities and we do not know what level of protection it will offer."

Discovered something? Do you have a story Send a Facebook message | A direct message to Twitter | Email: News@Deeside.com