British negotiators fear that a compromise plan drawn up by UK ministers and EU capitals will result in "ongoing trade talks with Brussels forever", The Mail learned on Sunday.

The intensified negotiations between London and the EU are expected to begin on Sunday evening as both sides hope to kick-start talks on Britain's future trade relations with the bloc.

For the first time since the Covid 19 crisis, the talks in Brussels will take place face to face. A team of 20 UK negotiators is expected to arrive.

In the last round of talks, British Brexit chief David Frost was asked to "strangle" a young plan under which Britain would "stand still" in terms of current EU regulations and bureaucracy, but would negotiate tariffs on certain goods in the future must if the UK wants to deviate from the Brussels rules.

EU leaders and leaders are determined to tie Britain to so-called "level playing field" to dampen competitive advantages after we left the EU single market and customs union on December 31, fearing that Brussels regulations would be deregulated the UK makes international business more attractive.

However, the UK has repeatedly refused to engage in this idea in talks and has decided to take such measures publicly. But ministers who contradict No. 10 believe that a compromise must be found to prevent the talks from breaking down.

This new compromise idea has been discussed both in Whitehall and in other EU capitals, but it is feared that Britain would get stuck in endless negotiations with the EU in the long run due to the diabolically complex concept.

Mr Frost used social media last week to distance London from the idea, although government sources admit the plan had been investigated in the past few weeks. 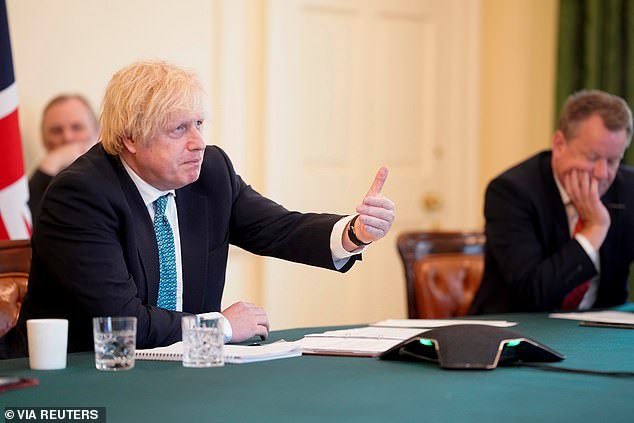 Boris Johnson (pictured during a video conference with EU officials) said on Saturday that "there is a basis for an agreement" with the EU. However, this happened after he warned that Britain would leave without a trade deal if Brussels doesn't switch over the phone

He wrote: "I want to make it clear that the government will not agree to ideas like the one currently in circulation that will give the EU a new right to retaliate against tariffs if we enact laws that are in our interests.

"We couldn't face such an unpredictable economic risk." However, Mr. Frost's Taskforce Europe team sources accepted last night that Brussels could formally present the plan during the talks and that it should be "voted out" in official talks.

A government source said, "You can try, but we have none of it."

The traditional saber rattle on the eve of the talks got off to a serious start this weekend. Angela Merkel said on Friday that Britain would have to accept the consequences of leaving the EU.

The German Chancellor said that the UK would "of course have to live with the consequences, that is, with a less interconnected economy".

On Saturday, Mr. Johnson struck back on a phone call with his Polish counterpart, warning the UK that if Brussels did not change, it would go away without a trade agreement. 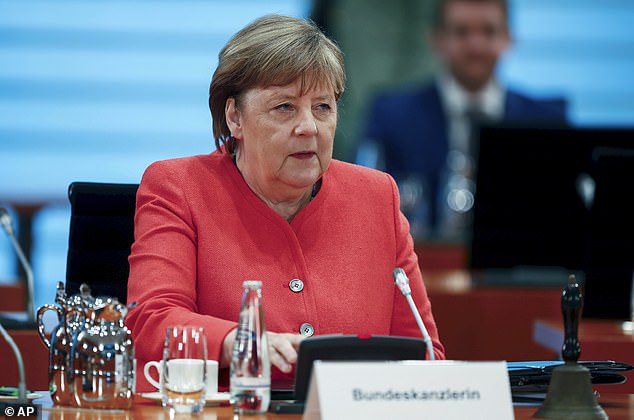 And on Saturday night Boris Johnson told The Mail on Sunday that he hoped for a quick fix and added, "There is a basis for a deal there."

The Prime Minister added: “One of the great things about Brexit is that we can do things differently, including the ability to sell more of our amazing products around the world. The reality is that our friends understand that we take justice, a level playing field and fish absolutely seriously. "

Last night, Mr. Frost warned that movement was needed quickly after his counterpart Michel Barnier indicated that Brussels could hold out for a breakthrough until autumn.

He said: "Negotiations in the next few weeks will not be easy. There are still fundamental differences between our positions and a new process alone is not enough to fill the gap.

"Every agreement must reflect our well-established position on difficult issues such as the so-called" level playing field "and fisheries. That is, as an independent country, we will have control over our laws and our waters.

"Our sovereignty will never be negotiated."