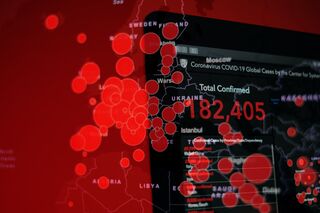 Coronavirus was transmitted from China to almost every country in the world within a few months and unfortunately has killed over 720,000 people worldwide. Many claim that this pandemic effectively ended globalization and the free flow of people, goods and investments on which it relies. While some argue that this pandemic shows why, more than ever, we need cooperation on a global scale to stop its spread. There is no doubt that globalization will continue to evolve and change because of this pandemic, and here are four possible global changes in the international economic and political landscapes.

Globalization brings enormous benefits, but also enormous risks. Local crises can escalate very quickly and affect every member in an interdependence system, as we are currently observing. To revive the economy, many countries are planning to open up. But the question is, which countries is it safe to open up to?

Historically, historically, the perception of trust usually relies on similarity, so we see partnerships between similar countries. However, the heuristic of assessing the risk of infection based on people's appearance is pointless, since the virus does not discriminate based on race in a globalized world. Instead, the key to whether a country can be opened safely depends on its system of culture and government, and whether it is considered trustworthy.

Countries that have weathered the crisis well so far have certain characteristics. Some were hit by a similar virus, SARS, in 2002 and developed a culture of minimal physical contact and wearing masks. Some have political leaders who understand the dynamics of diffusion and introduce the necessary measures early on. People from these countries carry the virus much less often than people from countries that lack these cultures or governance mechanisms.

A pan-virus-free bubble could be formulated between these trusted countries, and some initiatives are already underway, such as the travel bubble between Australia and New Zealand. Some countries are planning to open up more aggressively in an attempt to save the economy, but this will likely create subsequent waves that are so severe they will have to close again. These countries need to adapt and earn the trust of others.

The coronavirus crisis can therefore lead to a variation in globalization: a semi-globalization based on trust. The verdict still relates to similarity, not demographic profiles but rather systems that individuals come from. Countries that cannot be trusted are excluded from the bubble. For example, Greece has removed the UK from a list of 29 countries that are eligible to visit the country in its first stage of international travel – despite the economic contributions British tourists make.

Another possible variation of globalization is increased regionalization, particularly of the EU. The EU seemed broken to many at the start of the coronavirus outbreak, when countries closed their borders and refused to support each other. With the outbreak of the crisis, the coronavirus could offer EU members the opportunity to work even more closely together in the foreseeable future.

The EU may try to re-land much of its production from China, which now represents 16% of world production – four times more than in 2003. There is an over-reliance on China, which is why the world is facing problems that are in the US start land. The coronavirus crisis can help companies justify the cost of diversifying their supplier base to their stakeholders. In addition, as the US wages an escalating trade war with China, the EU, as the largest economy, can induce many companies to manufacture and sell goods within them, allowing for a large-scale, self-sufficient system with a faster recovery than other economies. The EU's legal and trade policy framework also enables companies to benefit from the diversity of suppliers in their 27 member states while at the same time having the certainty of doing business.

However, if China loses the status of the "factory of the world" due to the coronavirus crisis and the political turmoil, this will affect the purchasing power of Chinese consumers due to lower profits and opportunities and thus also the western companies whose revenues depend on a thriving Chinese Economy. This may partly explain why Chancellor Merkel says the EU has a "strategic interest" in working with China, although skepticism about China's political developments has increased.

However, this is bad news for the UK. The coronavirus has hit the UK hard and its recovery will depend even more on the EU if the rest of the world closes. The prospect of a hard Brexit looms, however, as the current UK government's position is to decouple from the EU – a position that is unlikely to change even if public opinion does.

Introduction of the universal basic income

The discussion about the introduction of a universal basic income was usually linked to how AI and automation can further decouple purchasing power from tangible work in the future. The pandemic can accelerate this process, forcing many companies to adopt automation immediately, which can eliminate many jobs without replacing them with others after the crisis.

Large-scale automation can exacerbate social inequality and tensions by creating a vicious circle: job loss and insecurity lead people to spend less. Weak purchasing power slows an economy's recovery and makes it impossible for the government to repay the debt it borrows. Companies then face a more hostile environment and may have to lay off more people. While the poor face job insecurities and cannot properly isolate themselves, some individuals and companies are benefiting tremendously from the crisis. For example, Jeff Bezos, the founder of Amazon, is well on the way to becoming the first billionaire for the first time in history of the retail collapse.

One way to break this vicious circle of inequality is to help eliminate frustrations and insecurities by introducing a universal basic income. When basic needs and human dignity are met, it is more likely to incur expenses, which in turn helps the economy recover faster. Some countries like Spain have tried this scheme. However, with less than 60% of median disposable household income, the scope of implementation does not appear to be sufficient.

One of the challenges is the financing of the universal basic income. One possible solution is to replace the current income tax with a highly progressive excise tax that would generate additional revenue without significantly reducing consumer welfare. Many high-end consumers among the richest are means of competing for relative status, for example hosting the most opulent wedding, to signal their superior socio-economic status. The progressive excise tax will not change the relative socio-economic status among the richest, but the additional tax revenue can support a universal basic income that serves the majority. The coronavirus crisis can be an opportunity for many countries to turn their fragile and unequal systems for the better. 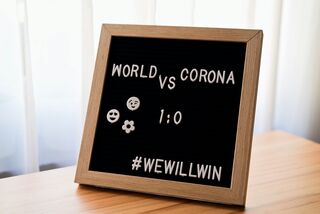 Prepare for the next crisis

Given the knowledge of human behavior, the next global crisis is unlikely to be another pandemic. This pandemic was anticipated by many, including Bill Gates, but many countries were still not prepared for it. This is partly because a pandemic of this magnitude is rare and we tend to underestimate the likelihood of its actually occurring. Systems can have near misses – the occasional virus spread without causing a pandemic. Such experiences, however, tend to encourage policymakers to normalize pandemic risk and commit themselves to an unjustifiably small investment in health system capacity.

To address this inevitable next crisis, solidarity between countries is necessary. Our options are simple: will international relations be closer to what happened after World War I or after World War II? The former had a weak and fragile international partnership that allowed the rise of nationalism, protectionism, economic depression and yet another world war. The latter had more internationalism and cooperation, like the Marshall Plan, Bretton Woods and the United Nations. History tends to repeat itself, and one can only hope that we will pick the right branch of history to repeat this time.